The shoes were shiny, the nerves controlled, and the lines tight as Queen Elizabeth College's Service Academy celebrated 10 years of akoranga and mahi.

Service Academy director Lance Tahiwi has been there from the beginning, starting with 12 Year 12 students in 2012. The academy now has about 80 students and is offered to all years except Year 11.more

Encouraging young people to express themselves shone through as one of the key messages at this year’s Manawatū Horowhenua ngā manu kōrero speech competition. 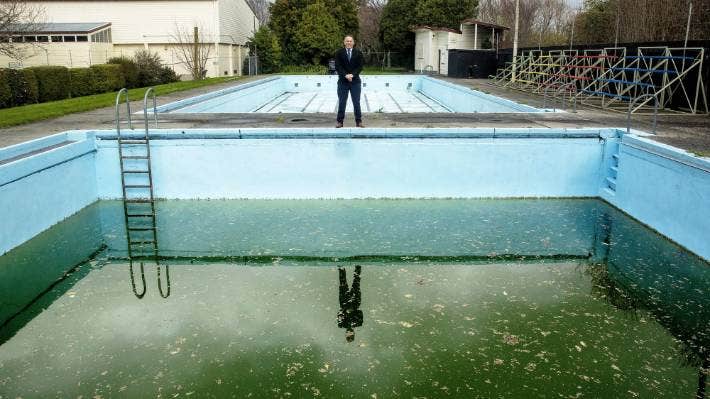 Queen Elizabeth College principal Chris Moller believes his school’s swimming pool could be the answer to the lack of pool space in Palmerston North.

Swimming clubs share the city’s pools with other water sports, learn-to-swim programmes and aqua fitness, and pools are booked solid outside of school hours.

Queen Elizabeth College has a six-lane 33.3-metre outdoor pool and a separate diving pool Moller thinks could be developed through a joint funding model with the community.Read More...

Queen Elizabeth College principal Chris Moller has welcomed a new free school lunches programme that is coming to his school. 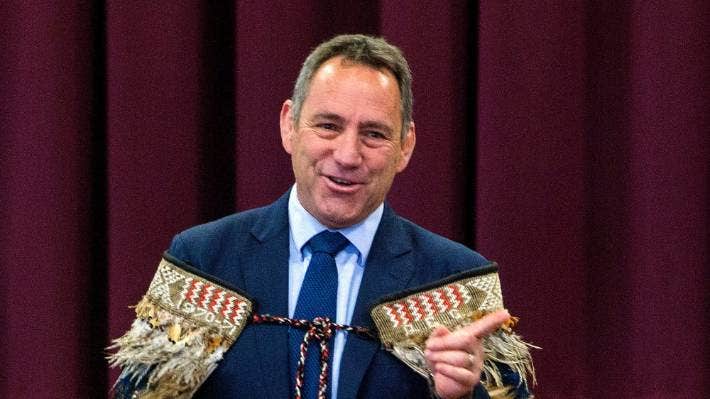 Students at a Palmerston North school won’t go hungry in class now a free lunch programme has been expanded.

Queen Elizabeth College in Palmerston North is one of the schools now part of the Ministry of Education’s free school lunches programme, funded until the end of next year.Read More... 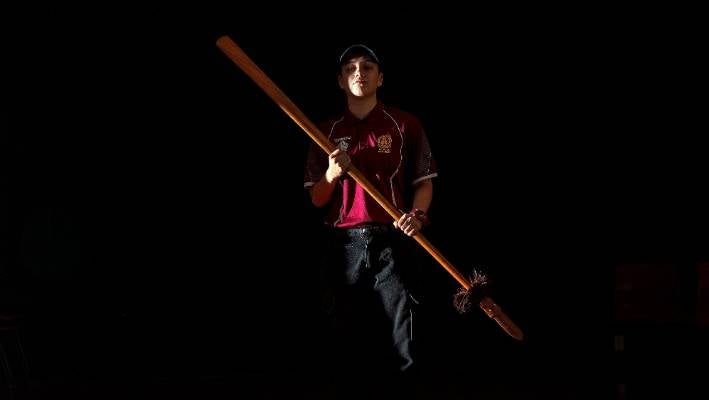 student leading from the front of services academy

The 16-year-old is part of the school's services academy and she has been recognised for her efforts.

The services academies in the lower North Island have students selected to attend a leadership camp. The army runs the camp and then selects the top student.

Tanika won the title for the Central region, the first time someone from Queen Elizabeth College has done so.   Read more... 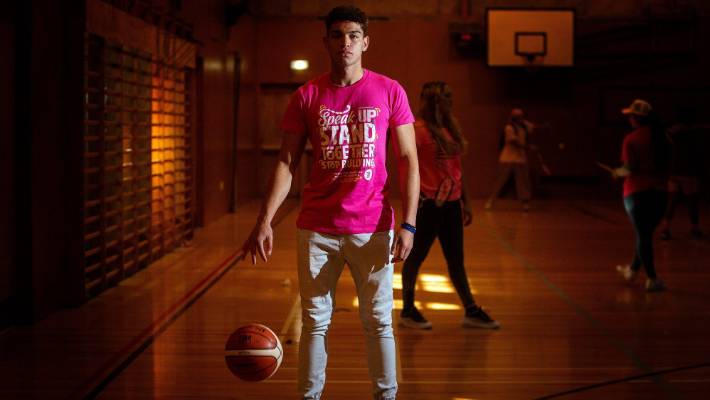 Multi-talented QEC student loves his sport, no matter the code

The 17-year-old is the school's head sport prefect and is involved in many different codes.

The year 13 student plays basketball, rugby, touch, volleyball, cricket, softball and badminton, although basketball is one of his preferred codes.

So it was fitting he was made the sport prefect and he was enjoying the responsibility of the role.   Read more...

Queen Elizabeth College will soon be able to feed the masses, with the addition of new planter boxes in its community garden.

A group of year 9 students and workers from Bunnings built six planter boxes on Thursday, filled them with soil and planted and watered vegetables and herbs.

The school's executive officer Lesley Fail said the garden would be used for nutrition and the school's food department so children could benefit from the garden.

The produce would also be available to the community  Read more... 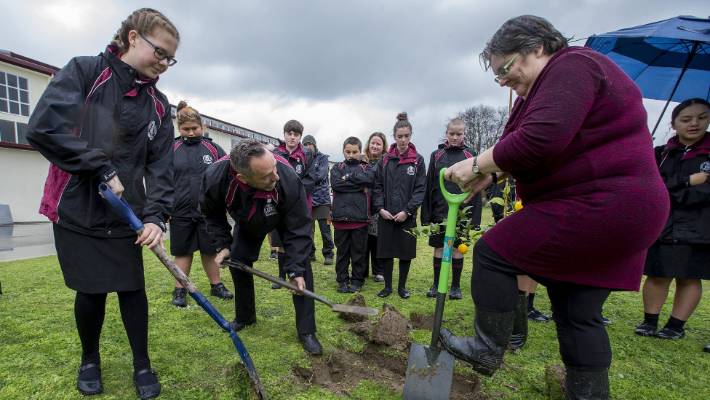 A Palmerston North high school is breaking new ground by establishing a garden with a purpose.

Queen Elizabeth College students and teachers worked together planting fruit trees to mark the beginning of the school's community garden.

The group gathered in the rain on Friday to say a karakia before breaking the ground. Year 9 students took turns to dig the hole for the first tree, with help from principal Chris Moller.

Moller sees the garden as an opportunity for the school to get involved with the wider community.  Read more... 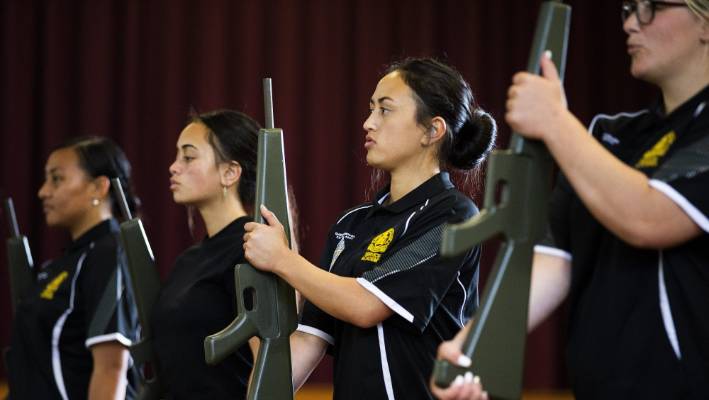 Learning right and wrong, and being a good citizen are some of the life lessons taught at Queen Elizabeth College's service academy.

The Palmerston North school's academy on Monday held their end-of-year graduation for the military-focused service academy class, where students are taught expectations for later in life, whether they join the military or the workforce.

Lance Tahiwi has been running the academy for six years. He has about 80 students in the programme, 20 of which are seniors.

"It's an opportunity for these young people to see what they can achieve and whether they can do bit of hard work," he said. "Ultimately it helps them in life."  Read more... 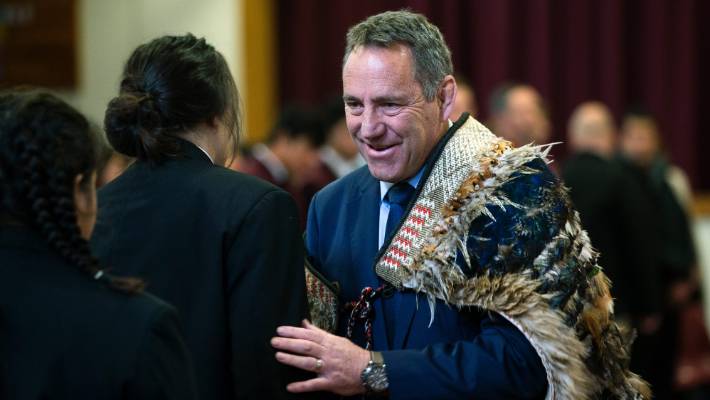 For the new principal of Queen Elizabeth College, rolling up his sleeves and stepping into a low-decile school is a nod to his roots.

Chris Moller was welcomed to his first day at the Palmerston North school with a powhiri on Monday, the first day of term three.

He comes from the role of headmaster at Wanganui Collegiate, which has one of the highest decile ratings possible, but his own background is growing up in a state house in Waitara and learning at a low-decile college. "I didn't want for anything, but we didn't have a lot."

Moller is open about QEC challenges, but says there is potential to offer pupils a top start.

QEC's small classes are a strength, allowing pupils at the decile-3 school to have good opportunities for participation.   Read more... 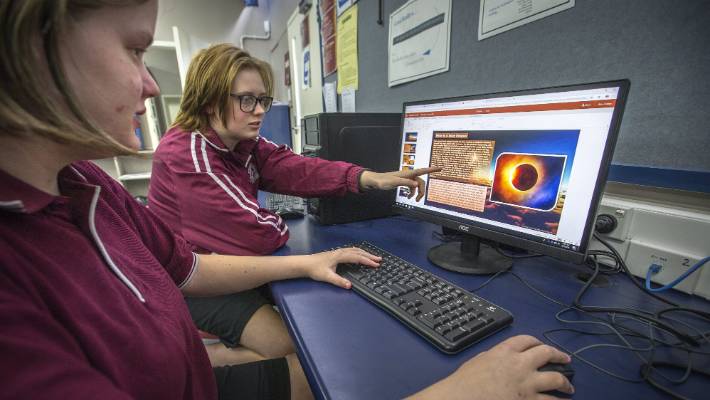 A Palmerston North high school has shifted its studies into the clouds.

Staff and students at Queen Elizabeth College can now access school resources from anywhere, on almost any device, because they have shifted all their work to the cloud, an online mode of computer storage.

Principal Chris Moller said most schools in New Zealand worked on computer servers, but Queen Elizabeth College was the first school in Manawatū to move everything to the cloud.  Read more... 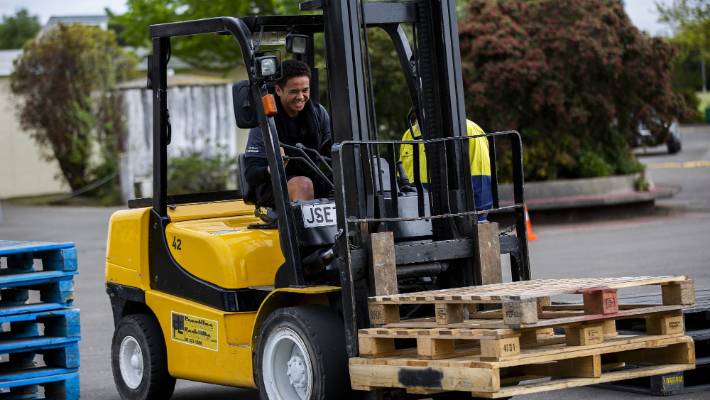 to set them up for life after school

Preparing for life in the workforce, rather than on the couch, is the aim of a work programme at Palmerston North's Queen Elizabeth College.

Some students have been taking a forklift-driving course this week as part of the work-ready passport programme to prepare for finishing school.  Read more...